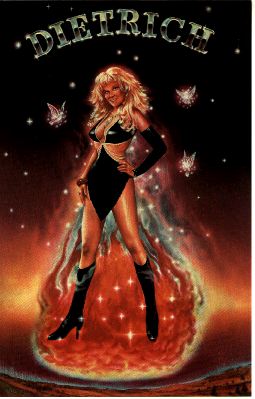 His work has appeared on book covers, record albums, in museums, fine art collections, etc. Here are a few others by this wonderful fantasy artist. 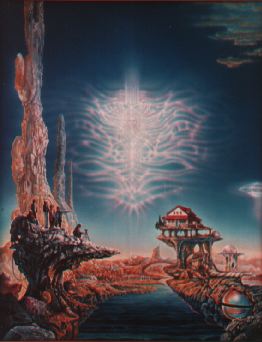 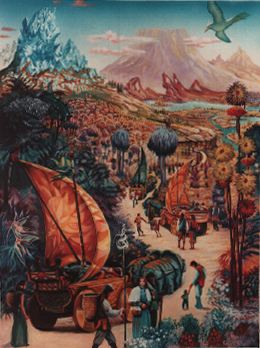 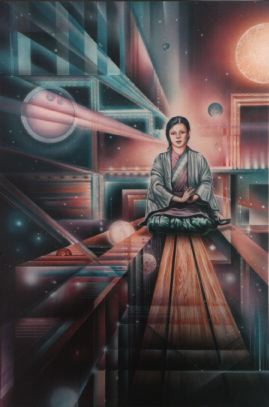 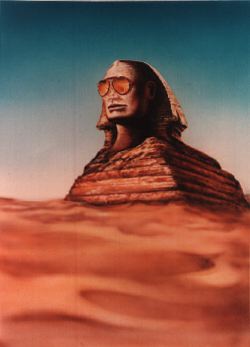 RON WALOTSKY BIO: Born in Brooklyn, Ron Walotsky graduated with his degree from the school of Visual Arts in New York City in 1966. Interested in Surrealistic art, he was immediately accepted into the science ficiton field "because it was the closest way for me to paint the type of work I enjoyed and get paid for it!" Creating over 400 book covers in 30 years, science fiction reflects only a portfion of Ron's talents. His prolific versatility allows him to work across the board in several concurrent areas. Ron's fine art paintings have led him to one man gallery shows on New York's Madison Avenue at the Martin Molinarie Gallery in Soho, John O'Rourke Gallery, Herst Gallery, Long Island, group shows at the museum of Modern Art, American Science Fiction Show at the US Embassy, Paris, France. Fro 5 years his work stands in the "Worlds of Wonders" Gallery in Washington DC. Creating Day Glow posters in the 60's, classical and popular album covers, Ancient Warrior's of Lost Civilizations Horse Shoe Crab Masks and even a few music video's to add to the masses: Ron's very romantic, slightly unearthly, slightly psychedelic color achieved through painstaking gradations of light achieve a dreamlike quality to the atmosphere they evoke. Ron Walotsky has been a Aritst Guest of Honor at the prestigious World Fantasy Convention. A Gallery show will be held in Ormond Beach Florida at the Ormond Memorial Museum & Gardens on December 6th 1996. Ron is also Artist Guest of Honor at Boskone in February 14th -16th 1997 in Boston and at Oasis Con in Orlando Florida on May 16th-18th 1997 at the Harley Hotel. You can view work on the Internet at: Http://oneworld.net/sf/artists/walotsky

the photo session that made this magic poster possible.

Magician Dietrich with some of her pet animals.

Magician Dietrich doing the famous jinxed bullet catch stunt at Resorts International, the stunt that has killed twelve men, and injured many others. She is the first and only woman to ever catch a bullet in her mouth. Harry Houdini refused to do this stunt!